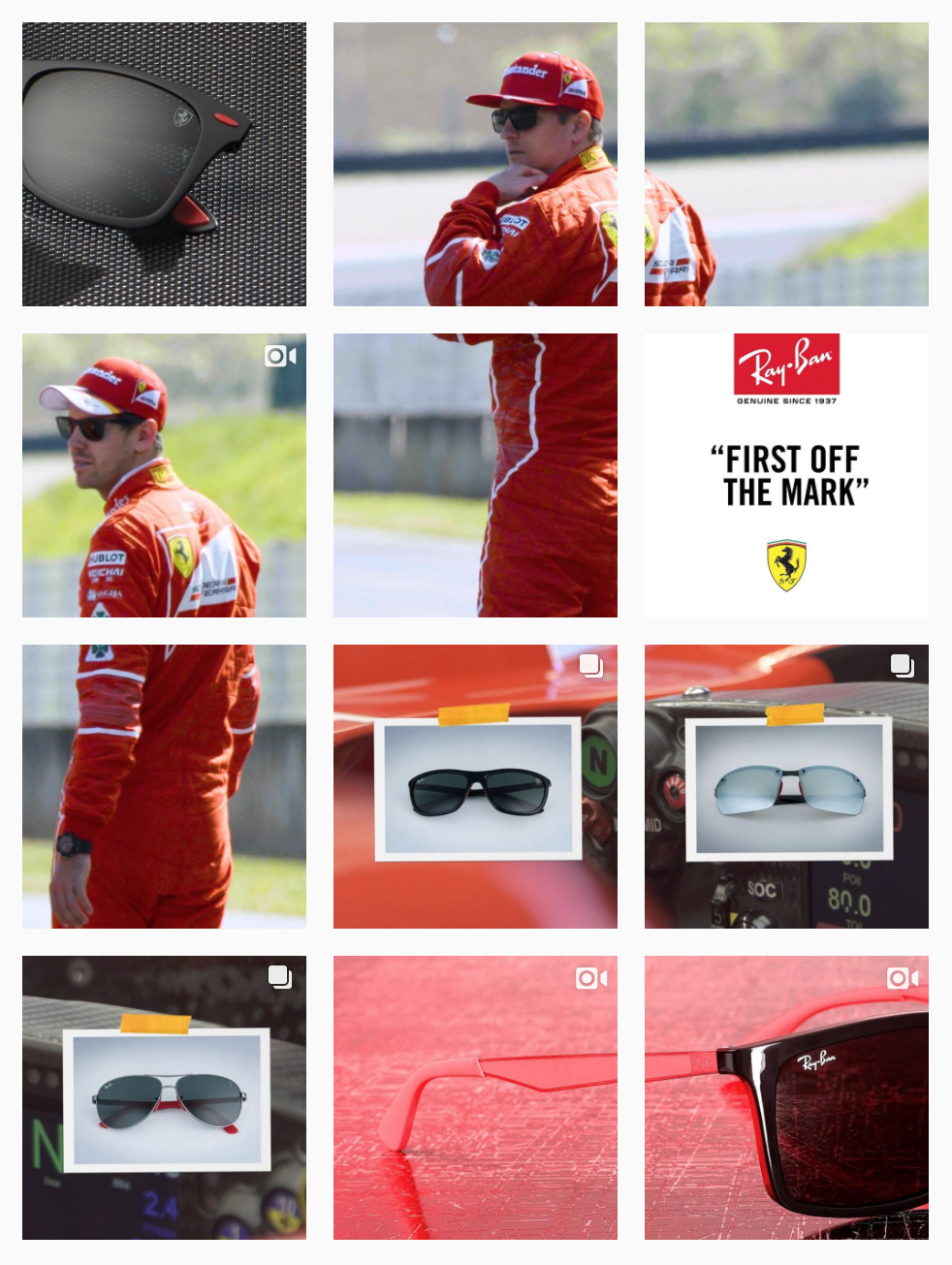 Earlier this year we wrote about the current social media trends in 2017. What our study showed back then was that Instagram is a continuously growing platform and creates the most interactions among all social media channels. This is why we wanted to analyze how marketers can benefit from a more recent feature of Instagram, the carousel feature.

The communication between brands and consumers is especially vital for brands that offer products. The fashion industry is a great example of this case. Therefore we have chosen to analyze Instagram interactions between different post types of 10 different fashion brands.

Instagram is continuously coming up with updates of its photo-sharing mobile app. One of Instagram’s latest feature is called carousel. The carousel feature allows users to upload multiple photos or videos at the same time in a way that they can be swiped through, as a carousel album. Unsurprisingly, this feature was quickly adapted by the fashion industry. Fashion brands transmit a strong visual element in their social media campaigns.

Carousel uploads can be used to create product catalogs, to tell a story behind the brand or to show your products in action. Using the feature created more interaction than videos in our Instagram analysis in the past 6 months, between March 20, 2017 and September 20, 2017.

The companies chosen for the analysis represent the diversity of the fashion industry. They follow different strategies on Instagram, suitable for their target audiences. High-end brands such as Burberry, Chanel, Dior and Louis Vuitton create visually appealing content to generate an image of a glamorous lifestyle. However, also more commonly consumed brands aim to the same. For example Zara’s and Adidas Originals’ uploads could also appear in fashion magazines.

Finding and engaging the right target audience is the key in every social media marketing, and Victoria’s Secret is a great example of that. Their Instagram account is the most followed lingerie brand on Instagram in 2017. They have a massive 57,005,299 followers. Victoria’s Secret has clearly found a suitable Instagram strategy for their audience. They do not only have a huge follower base, but also their interaction rates look very good as well.

Ray-Ban has taken a bit of a different approach to promoting a certain lifestyle that fits their target audience. They collaborated with Ferrari in a sponsorship agreement and used the Ferrari Formula One drivers, Kimi Räikkönen and Sebastian Vettel, as the ambassadors of their new sunglasses collection. The campaign gained lot of attraction. Formula One drivers from Ferrari are effective brand ambassadors. They create an association of Ray-Ban with exclusive brands and luxury lifestyle. The carousel uploads in the campaign promote Ray-Ban sunglasses, while other posts highlight the brand. The carousel uploads emphasize the product during the campaign.

The carousel feature was introduced in February and this analysis starts approximately one month after the launch. As the feature gains more popularity, so does the amount of carousel photos. The statistics look very different from the past 30 days when compared to the past 6 months. Converse, Burberry and Michael Kors are the biggest users of the carousel feature in the analysis.

Burberry & Michael Kors both adapted the feature right away. Almost one fourth of their posts used the carousel format.

Converse, probably the biggest fan of this feature according to the numbers in the analysis, has used the feature in 46.5% of their posts. Half a year before the carousel feature was released, Converse used 37.2% videos in their posts. Now videos only have a share of 29.6%.

The change from videos to the carousel photos makes sense. Carousel photos present a product from multiple angles with all details without the expensive and time consuming video-process.

Now for utilizing carousels as a product catalogue. Adidas Originals has adapted this approach into their carousel uploads. They promote new products with carousel posts, and their followers have reacted well to that. Their carousel of simply one shoe from three angles gained 157,000 likes and 1,032 comments.

The idea of all social media content is to create interactions and to gain visibility. The carousel feature is a perfect fit for the fashion industry where visual unity and details are both important. Individual pieces of clothing and outfits are popular on Instagram. The hashtag #outfitoftheday alone has over 21 million posts and the acronym #ootd over 145 million posts.

Videos have been engaging more interaction in social media when compared with still images. However in this particular comparison between different fashion brands, images created the most interaction. This can be associated with the industry. Fashion followers react easily on pictures of outfits or their details, wanting to know their origin, availability, material or some other variable.

Converse for example showcases their products in use, making their brand appealing and easily accessed for the target group. A straightforward strategy that speaks to your target audience can lead to successful Instagram performance.

Some of the brands in comparison use the carousel feature significantly less often. Zara has found a good way to communicate to its audience with images, and posts 70.4% of their content as photos. The carousel feature mainly diversifies their Instagram, however their carousel posts create more interactions than their videos.

Michael Kors adapted the carousel feature quickly and are making the most out of it. Carousels are a great tool for storytelling. Storytelling and behind-the-scenes have always been a relevant element in marketing. Behind-the-scenes content appeal to followers because it allows the brand to really connect with people. Michael Kors shared carousel uploads from New York Fashion Week. This is a great way to give a glimpse of the new collection and create a community around the brand. Their post from New York Fashion Week garnered 53,992 likes and 122 comments.

Instagram has many features for a marketer to focus on. As it creates the most interactions, it’s a good channel to communicate brand values and to keep their followers updated. Marketers can approach their audience by triggering a longing for a glamorous lifestyle or creating an image of an approachable product.

The shift from videos to carousels indicates that the carousel feature is here to stay. Instagram has already developed an update to enable uploading portrait and scenery photos in a carousel in addition to the original square ones.

Carousels are an easy option to try to wake up followers to interact, and a lower budget option to videos. It is good for diversifying any Instagram account and showcase a special product or occasion.

Kaisa was part of the quintly communication team. She has studied marketing in Finland and in Germany.