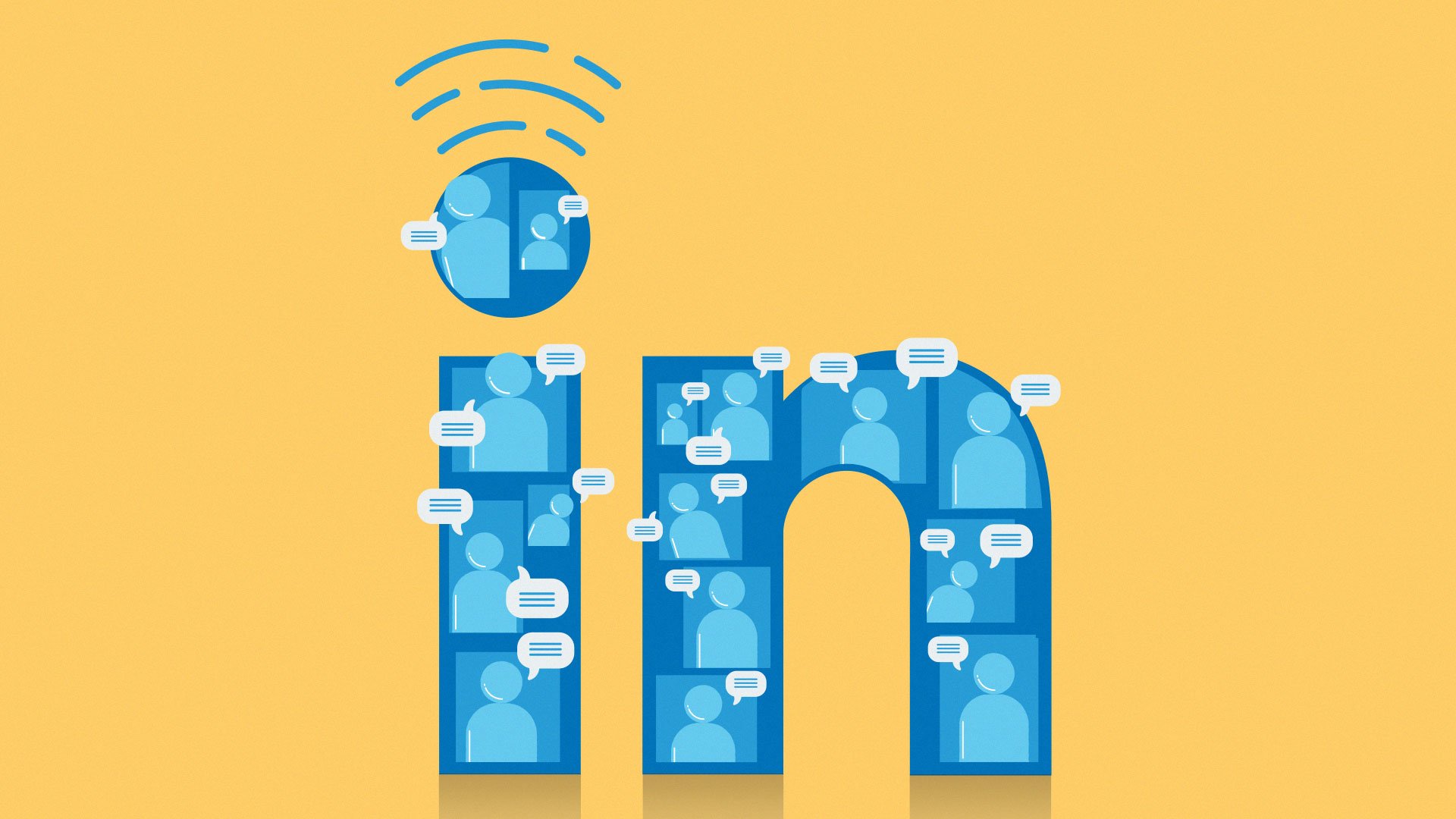 I recently noticed that there aren't very many data-backed articles about LinkedIn. I find that surprising, as the network has been growing steadily and found its place as the network for business professionals. In numbers, Linkedin has reached a massive 630 million users and 303 monthly active users. The numbers sound big, but to get a more relative overview, Twitter has 330 million monthly active users in comparison.

Good to keep in mind: LinkedIn in numbers

I was a bit unfamiliar with Linkedin statistics despite I using Linkedin daily for personal purposes and weekly for business purposes. Therefore, I believe a recap of the figures won’t hurt.

250 million monthly active professionals are quite an audience. The division between genders is very equal, 56% of the users are male and 44% are female. Despite being a more targeted network, Linkedin has users from the very early steps of a career having 40 million students, until the executive level 44% of the users earning more than $75,000 a year. One of the most interesting statistics for me was that “39% of the 500 million users on LinkedIn are paying for premium account privileges. The average user spends 17 minutes on the site per month” according to Omnicore.

Almost all social media networks have left chronological algorithm in the past and LinkedIn makes no exception in this. The new algorithm is, however, more complex than an algorithm promoting most engaging content.

Marketers need to focus on the content they post on Linkedin. I believe this is no news to anyone, however, the algorithm ranks the quality of all uploads from spam to clear. After being approved by the bot, your upload is distributed to a part of your audience. If it engages users, it gets more visibility.

As Linkedin is a social media for business networking, the algorithm prefers text posts, without links or images. For those marketers who prefer visual content, organic videos gain advantage from the algorithm, just like on Facebook.

What can data tell us?

To get an overview of how companies use LinkedIn in social media marketing, I chose five big companies from very different fields, with similar size audiences. The timeframe for the analysis of The Coca-Cola Company, Nike Loreal, McKinsey & Company and Salesforce is from 09.01.2017 to 03.01.2018.

I usually log out from my LinkedIn profile for the weekend, trying to keep a balance between work and free time and I expected that weekends would show a decline in interaction on the network. The data analysis discovered that there is a lot of potential to engage the audience during weekends as well, that companies are not using.

However, as mentioned before, frequent updating does not bring engagement in Linkedin, it is a network that is devoted to quality over quantity mentality. Nike updates the least of the companies, but their content is uplifting and inspiring, educating how sports can create an impact in societies. Using this strategy, Nike gains the highest interaction rate out of the other companies.

Take away for marketers

LinkedIn has grown a huge audience in silence. The opportunities for marketers, especially in B2B marketing in the network are great. A couple of things you might not know about it: Linkedin algorithm prefers written posts, without links or images. If you are a marketer who prefers visual content, try organic videos on LinkedIn. Keep in mind that LinkedIn tests everything you upload to the network and put effort into the content.

Updates are mainly posted during working days, however, LinkedIn users are active during the weekends as well. Companies do not really post content on Sundays, therefore, surprise your competition by invading Sunday afternoons with your LinkedIn Strategy.

Kaisa was part of the quintly communication team. She has studied marketing in Finland and in Germany.