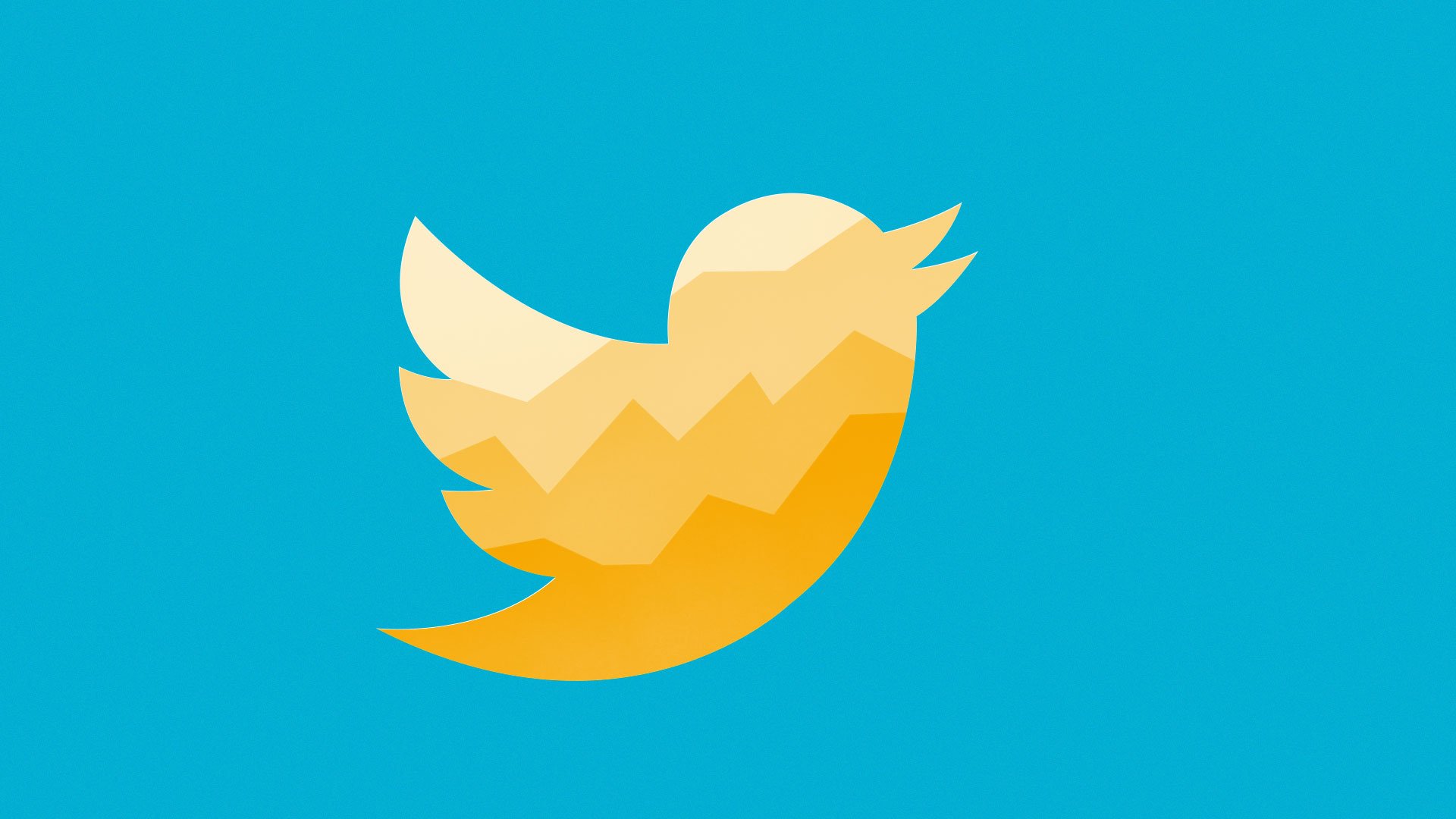 Let’s jump straight into the water. The first and certainly one of the most interesting Twitter private metrics is the ‘Average Impressions Per Tweet.'

But first: What are impressions again and what is the difference to reach? The reach of a tweet equals unique impressions. So let’s say Luke publishes a tweet. Darren sees it twice in his timeline. Consequently, this tweet received 2 impression but reached so far just one person. Let’s jump back in!

The impressions you received are a great indicator for the effectiveness of hashtags or identifying tweets that went viral, or at least got shared more often than other ones. In short, a great baseline metric to kick off your Twitter Analytics.

Twitter Analytics Tip: Do you find outliers in your graph? If so, dig deeper and try to understand why this particular tweet performed better or worst than the average.

As mentioned, this is a great indicator for the amount of people who saw your tweet but it doesn’t necessarily mean they actually read it. Impressions mean, as well as reach, they saw it in their timeline but followers don’t need to stop scrolling to read to get counted here.

That’s why the word ‘see’ in the headline before and the following one in air quotes.

When do my followers ‘see’ my tweets?

The very first metric gave you a basic understanding of the amount of impressions you have received. Impressions are the basis for every interaction—no impression equals no likes or retweets—so an essential cornerstone of your Twitter strategy. As an analyst or marketer you should always have an eye on metrics such as impressions and know which initiatives affect them.

A straightforward and important metric! It answers the question when your tweets get the highest impressions. Where the blue bubbles are bigger than other ones you should consider to tweet more in order to reach more people.

With 'Impressions Per Weekday' you get a fast understanding which day tends to work best. Combine this metric with 'Impressions By Time' on a dashboard and you are on top of the impressions game!

When do my followers engage most?

Now that we know when my tweets received the highest number of interactions, we are going one step deeper into the analysis. Now it’s engagement time! (Note that the number of engagements contains all actions described as totals in Twitters official documentation.) More information on engagement on Twitter you can find here.

Now, we want to go even one step deeper. With the following metrics you are able to understand why tweets outperformed others. First here, which time of the day do my followers like to engage.

Here we have a simple rule of thumb: the bigger the bubble the higher the engagement. Easy as that.

Check the biggest bubbles in the analysis, then compare with a different time period to identify potential differences or parallels.

When to post on social media is one of the most controversial questions since social networks appeared. This metric answer the questions specifically for your community, data-backed. If you wish to receive more information on this topic, we also have an dedicated article on this topic.

Comparable to the metric above the 'Engagement Per Weekday' metric analyses the most engaging days of the week.

Combined with 'Engagement By Time' this metric can get really powerful as you know when to post exactly in order to reach better results.

On Twitter as well as Instagram hashtags are still commonly used to reach new people. Especially on Twitter, hashtags are used to search for business related questions and to receive inspiration on a topic that interests you.

I personally like to browse through hashtags such as #marketing and #saas to explore articles from businesses that face the same challenges as we do.

For you as an analyst, it is crucial to know which hashtag brought you more impressions and interactions. If one hashtag outperforms another one, don’t waste the valuable space in your tweet and replace it.

Once you understood the above mentioned metrics, you can use the following in your Twitter analysis. This metric is extremely helpful as it combines the Impressions and Engagements in one metric. This not only saves space for other metrics in your report but also makes it easier to compare impressions and the received engagement. The grey bubbles here visualize Impressions whereas engagements are shown by the blue bubbles. Now you can identify where both bubbles seem to be high. Did you find it? Congratulations, you found your ideal posting time!

All metrics above were related to each other. This metric again works as an overview metric. The 'Own Tweets Table' can be a good start for an analysis or of a report to your boss or client. It makes it easy to compare at a glance of which tweets have been published in the analyzed period and looks at certain characteristics such as the Interaction Rate, Impressions etc.

That’s it! These six metrics can provide you with in-depth information for a Twitter account you are admin of. Were any of these metrics interesting for you and your analysis? Then let us know! Do you have a question on any of these? Leave a comment! We are happy to hear from you either way.